8 Of The Best Restaurants For Chinese Cuisine In Chennai 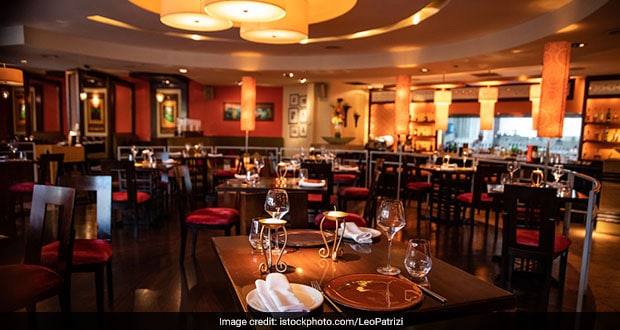 If there’s one thing that has helped many of us steer through the COVID-induced lockdown and the gradual easing of restrictions, it’s comfort food. For many in Chennai that might be a fail-proof Ambur biryani or rasam and rice or an earthy fish curry or a regular fix of Chinese cuisine. Chennai’s version of Chinese cuisine is no longer exotic, it’s become a more frequent fixture in our meal plans. While most restaurants have resumed operations, a few (especially those in luxury hotels) are now delivering customised versions of this cuisine to your doorstep. Our list of Chinese restaurants brings together old-school Chinese restaurants and brand-new eateries that are more in sync with global culinary trends.

Kolkata might boast of Chinatown, but Chennai’s pride was once its family owned restaurants run by the Chinese community who call India home. Waldorf located almost next door to IIT Madras is one of the last surviving Chinese-owned restaurants. A campus favourite among IIT Madras students (Waldies for them) and Anna University hostel residents, this restaurant still evokes the same old-world charm as it did in the 1970s. It’s also where dishes like American Chopsuey and the Chilli Meat still hold centre stage.

One of the finest new Asian restaurants to debut in Chennai over the last few years, Soy Soi focuses on street food from across Asia’s food capitals. The restaurant’s Chinese selection is dominated by its exhaustive selection of dim sums. The mushroom and edamame dumpling and the Cheung Fung prawn – steam rice noodle roll of crispy fried prawn topped with black vinegar and soya sauce are among our favourites. The Baos – like the Char Siew Belgian pork bao and the chilli Hoisin jackfruit bao, usually hit the spot too.

One of the city’s largest restaurants also offers an exhaustive menu that is now delivered to your dining table (or couch) thanks to ITC’s customised delivery App – Gourmet Couch. Pan Asian draws from popular dishes and exotic options from cuisines as diverse as China, Thailand and Japan. The Chinese selections include scrumptious small plates like the stir-fried water chestnut with black pepper crumble and chicken with vodka braised chilli. The Chinese menu includes dim sums – the bok choy and zucchini are a favourite, and popular mains like the stir-fried sliced pork.

Golden Dragon has been Chennai’s premier destination Chinese restaurant since it debuted in the 1970s. While it might be some time before the restaurant reopens for dine in, the Taj Hotels’ Qmin App now allows you to order some of the restaurant’s time-tested signatures like the Kung Pao Chicken, the honey chilli tossed Lotus stem, the fish in black bean chilli sauce and the date pancakes.

This family-style, fine dining restaurant has been associated with large portions and consistent flavours almost ever since it made its appearance in the eighties. The menu hasn’t changed much – regulars still swear by popular dishes like their Manchow soup, the five coloured fried rice, the chicken lollipop and the fiery Hunan chicken. The restaurant has now added a couple of links to its chain but it’s the first outlet in Nungambakkam that still draws most diners and home delivery orders. 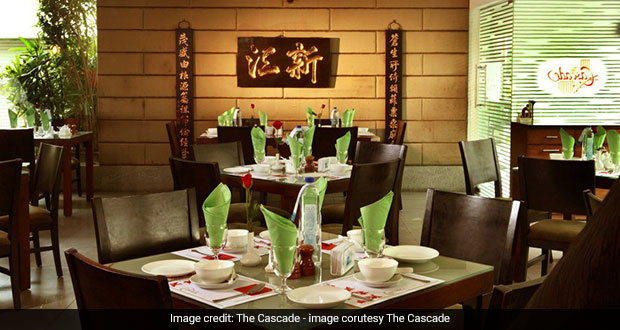 This contemporary restaurant isn’t bound by rigid cuisine types but offers a wide selection of Indian and Asian eats with an emphasis on small, sharing plates. The home delivery option includes some of the restaurant’s Chinese bestsellers including baos and dumplings. The pan seared bao with spicy garlic sauce and black bean sauce is a flavourful option and then there are the Chinese cabbage rolls with hot Sichuan broth and peanut celery

Chennai’s HuTong is tucked away, almost like a Hutong (the Chinese expression for alley) in Beijing. It’s unassuming, elegant and the interiors have some beautiful touches. Aside from the dim-sums and baos, check out their stir-fried starters – the lotus stem with a sprinkling of Sichuan pepper is terrific and one-dish mains (that combine a rice and gravy on the side) like the burnt garlic rice and the chicken (or vegetables) with black bean sauce.

(Also Read: The Most Talked-About Japanese Restaurants Of Chennai)

Pan Asian restaurants are Chennai’s new obsession, the cleverly named Nasi and Mee packs the same energy as a hawker centre in South East Asia. The décor adds to this energy. Showstopper lights blend with bold wall art and you can watch the chefs in action from their display kitchen. But it’s the translucent dim sums that are probably its biggest big draw -the soupy Xia Long Bao dumpling and prawn hargao win our vote. Their XO sauce flavoured noodle soups are worth checking out too.