Can Coronavirus Spread Through Frozen Food Or Refrigerated Food? Experts Weigh In 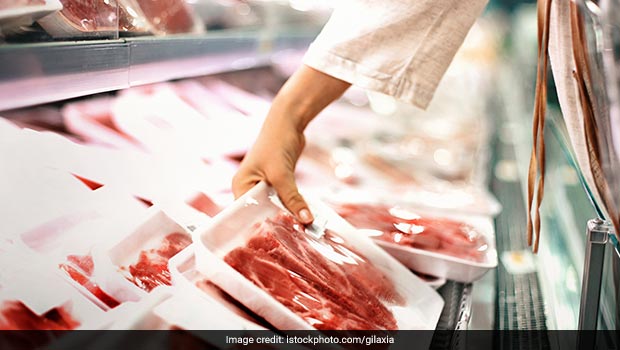 Experts comments on whether you can catch COVID 19 through frozen food.

Even after months of the rise and spread of Coronavirus, its actual origin remains a mystery. While it has been established that the virus spreads through infected people, many people want to know if they can be exposed to the virus through the food they eat. It is believed that cooking food properly may kill the virus but what about frozen or chilled food, especially cold meats that we eat raw? Experts have warned against eating raw frozen foods like salmon after Coronavirus was found on chopping boards used to cut salmon for imports in a wholesale food market in China.

However, in the wake of no credible evidence of virus transmitting through food and food packaging, it might be a little premature to confirm that frozen foods may carry the virus. A Reuters report carried the thoughts of health officials, doctors and other experts on the risk of infection from eating or handling frozen or chilled food.

(Also Read: You May Be Cleaning Your Food To Avoid COVID-19 Wrong!)

Officials have warned against eating raw frozen foods like salmom.

Experts’ Comments on Coronavirus in Frozen and Refrigerated Foods –

Wu Zunyou, Chief Epidemiologist of China’s Center for Diseases Prevention and Control, told the state media that the virus can survive on the surface of frozen food for up to three months and his agency “highly suspects” contaminated goods were the source of the latest outbreak. He also suspected that infected people arriving in Beijing could have spread it.

According to Jin Dong-Yun, Virology Professor at The University of Hong Kong, SARS-CoV-2 is not yet known to be transmitted through consumption of contaminated food. It requires further investigation to determine whether a person can contract the Coronavirus either by touching a contaminated surface or via direct food consumption.

Eyal Leshem, Director of the Center for Travel Medicine and Tropical Diseases, Sheba Medical Center, Israel, said that infection from fresh foods like meat and fish may occur if a kitchen worker or waiter goes to work while ill and touches the food, thus transmitting the virus.

Paul Tambyah, President of The Asia Pacific Society of Clinical Microbiology and Infectious Diseases, stated, “I am a little sceptical that this outbreak in the market was actually related to a source thousands of miles away carried through frozen food. It is probably more likely that there was an individual who may have been heavily infected with the virus who spread it through the market but we cannot be sure until this individual is found, which may never happen. This virus has surprised us many times, unfortunately.”

Om Shrivastav, Director, Infectious Diseases, Jaslok Hospital, Mumbai weighed in – “We’ve known this virus for less than five months. It is a little premature to say that this particular coronavirus can or cannot withstand changes in its environment. Based on the evidence alone at this time, I’m not aware of a food-borne transmission.”

However, Dale Fisher, Singapore-Based Disease Expert and Chair of the Global Outbreak Alert and Response Network Coordinated by the World Health Organization expressed his reservation – “If we want to store virus, we freeze it. So if virus is packed with frozen product then it would survive. We normally talk about less than a week, but we know that the colder it is, the longer it will last … That’s part of the theory around why the virus is more contagious in winter.”