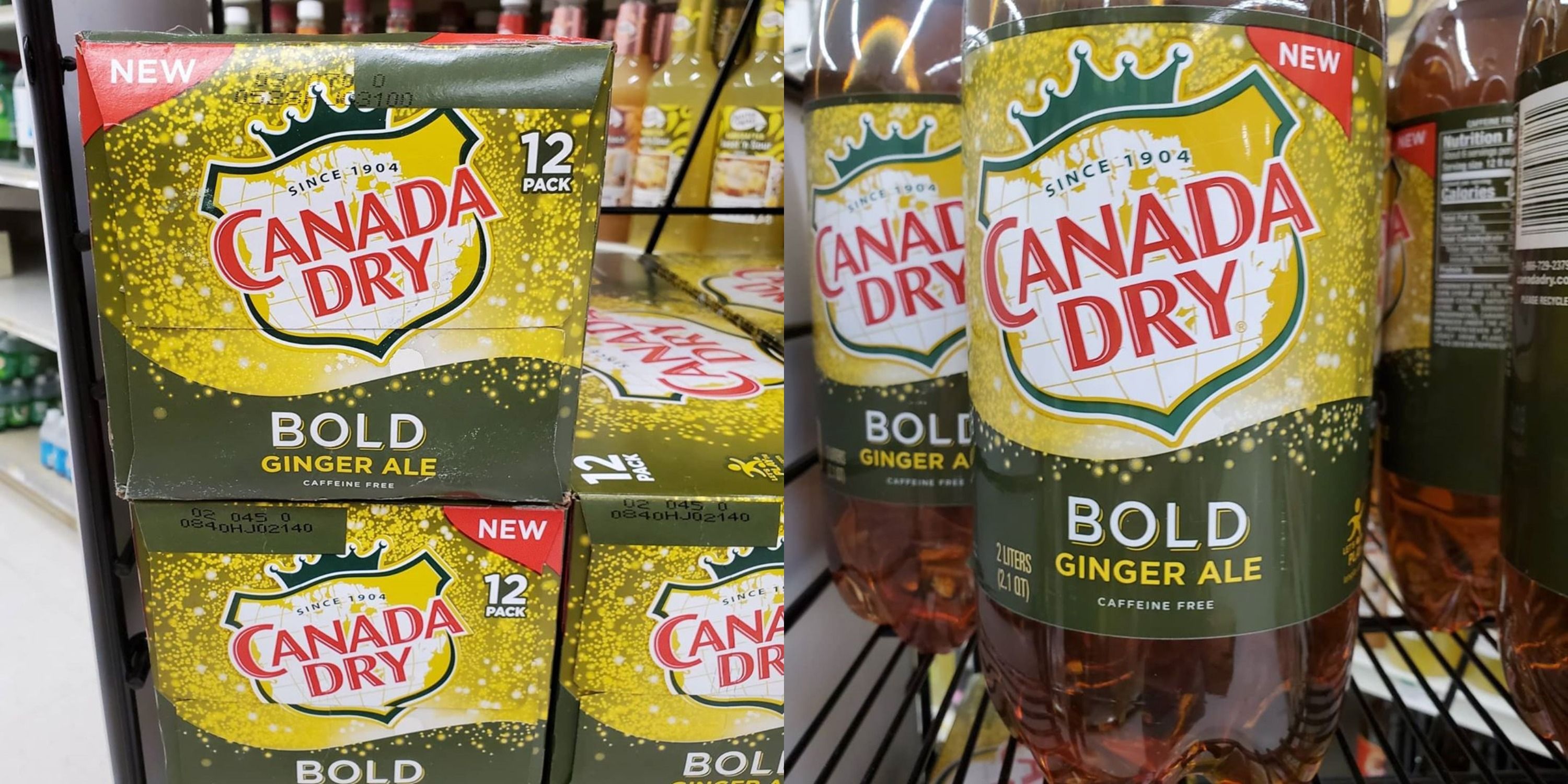 Even avid ginger ale fans have to admit there isn’t always a TON of ginger flavor in the stuff. Sure, it tastes delicious even when it’s not being sipped on an airplane, but some of us are also constantly chasing the spicy bite of chewing on a piece of ginger. Luckily Canada Dry recently released a product that scratches that very itch.

It’s called Canada Dry Bold and it was spotted by Instagrammer @snackstalker in stores after making waves online in February. People have been pretty psyched about it because it promises lots and lots of bold ginger flavor and according to comments on snackstalker’s post, it looks like it delivers just that.

“Love the ginger in this. Almost feels like jamaican ginger beer. If you’re not accustomed to the spice in ginger this is 100% not for you,” one person commented.

“It’s strong. Burns at the end. But you get used to it. Starting to like it more and more,” another said. So I guess if you’re up for a gingery and, dare I say, bold challenge, this is certainly the drink for you. For the faint of heart? Not so much!

So far, this has been spotted at Walmart and on Walmart.com, though it’s currently sold out online. It’s definitely worth keeping your eyes out at other retailers though, especially because we could see this making making a super delicious base for a Moscow Mule, among many, many other things.