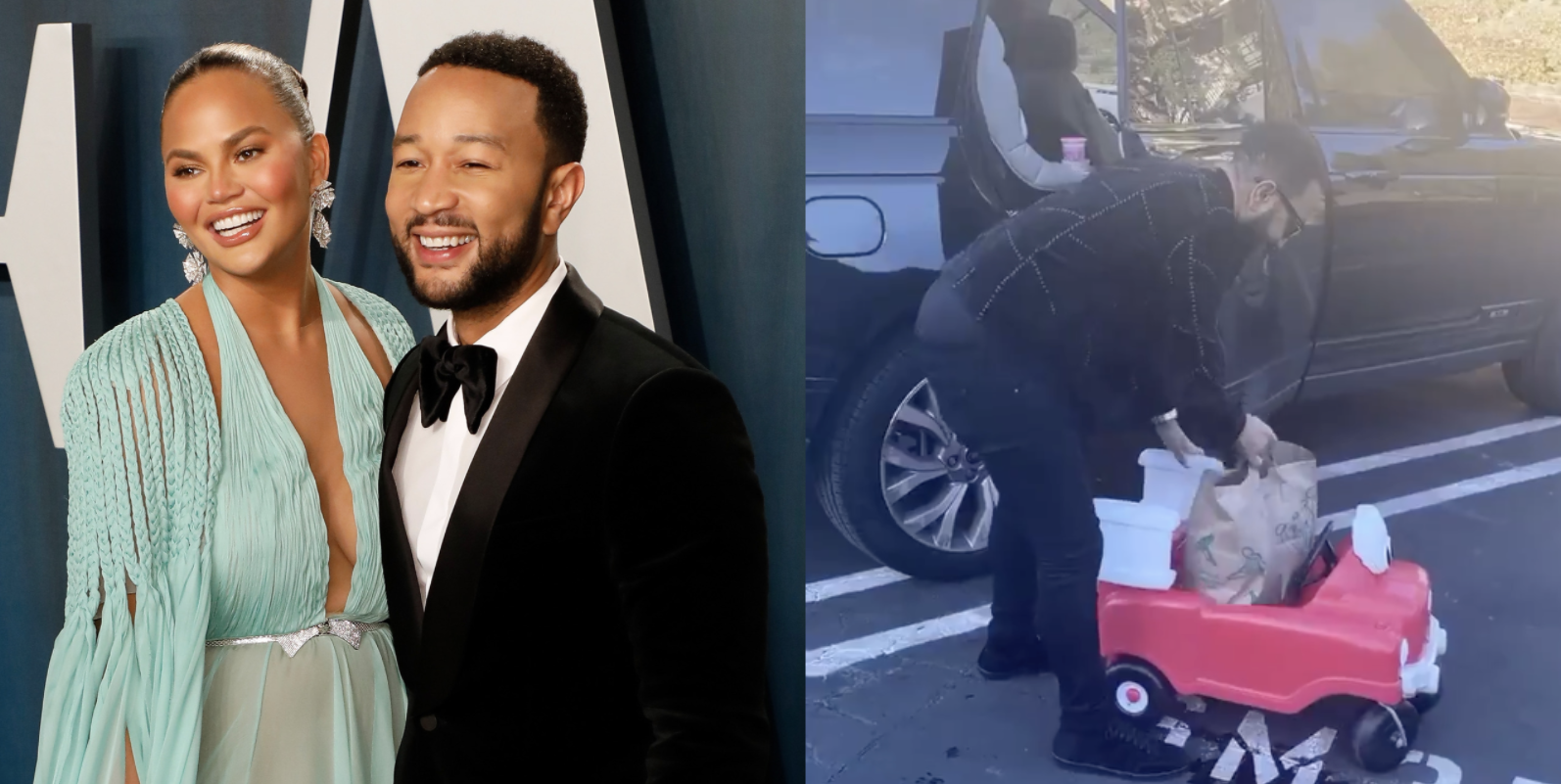 Earlier this week, Chrissy Teigen nearly broke the internet by asking who would trade her some romaine lettuce in exchange for the banana bread she was making. Obviously, everyone wanted to get in on the deal, but comedian Chris Klemens was the lucky winner. The socially distant transaction happened yesterday and it was all-around magnificent content.

ICYMI, Chrissy tweeted out asking who had romaine and if they’d be willing to meet up and give it to her for some of her delicious banana bread. Chris responded with a photo of him and the romaine, as well as a video of him and the romaine to further prove that he had it on him. Chrissy then said that her husband, the John Legend, wanted her to keep half of the banana bread in the house and offered up half the loaf and some pie for the lettuce. Chris agreed.

After that whole Twitter exchange no one was sure if it was actually going to happen but, of course, Chrissy updated us every step of the way. “The deal is about to go down,” Chrissy says to the camera in a video posted to her Twitter account. “I got banana bread, two pieces of pie, a bottle of wine.”

The exchange was made in a church parking lot, where her and John met up with Chris and his roommate Andrew. The pairs stayed six feet apart from each other as per the CDC recommended safety measures, and the items were transferred by a toy car that presumably belongs to Luna or Miles.

So, it seems that Chrissy went home with her much needed romaine lettuce which really has me thinking…what on earth is she planning to make that depends on that vegetable so damn much? I guess we’ll have to keep monitoring her Twitter feed to find out. But let’s be real, you were probably doing that anyway.