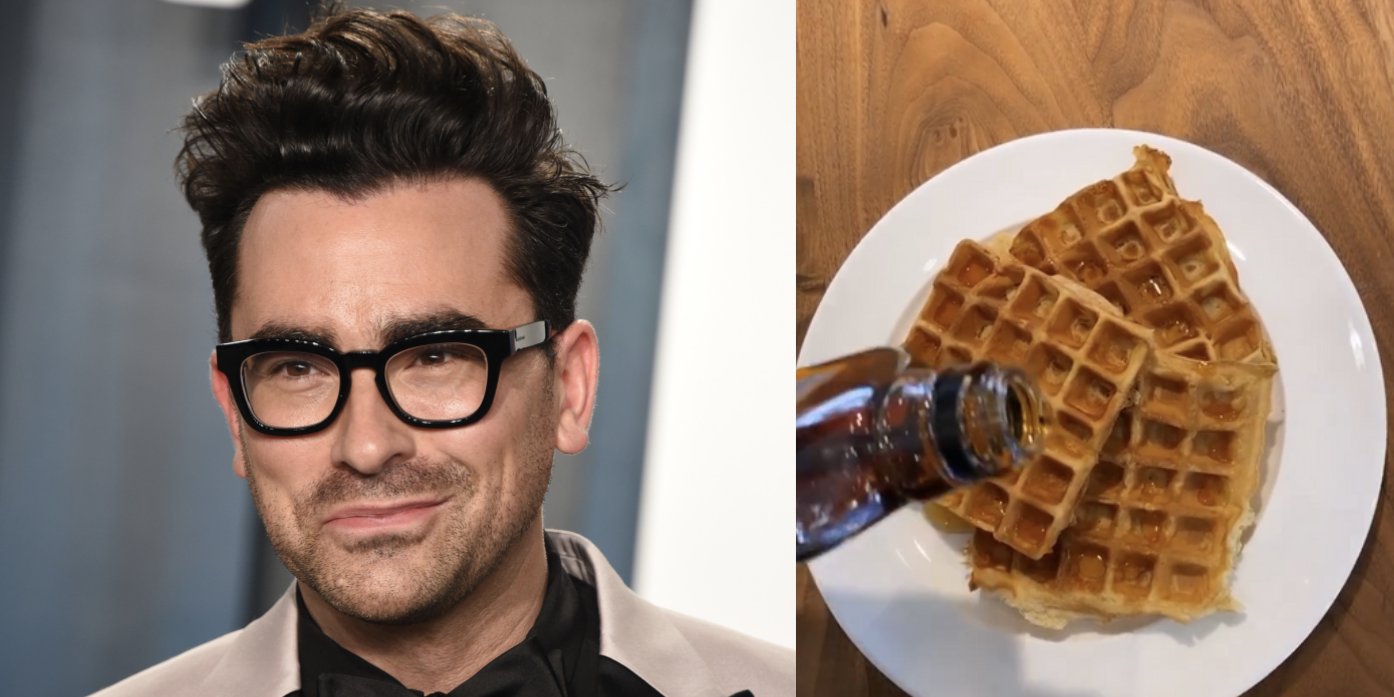 As everyone is inside their homes practicing social distancing, we are getting some pretty good at-home content from celebrities. Dan Levy, for example, is giving us tips and trips every day about what to do at home and yesterday he shared his waffle recipe which includes sour cream. Go off, I guess!

“Today we are doing breakfast for lunch and I ended up doing waffles because I’ve completely given up,” Dan’s voice says in the background of a mesmerizing syrup drizzle video clip on his Instagram story.

Rest assured, he didn’t whip the waffles up all on his own: “Not from scratch, pals, this is a mix. But I played around with the mix. I added about a tablespoon and a half of sour cream, a little bit of butter, a cap full of vanilla, and some cinnamon and I’ve already sampled one and they turned out great,” he said.

I will say, the waffles look perfectly golden and fluffy. While the sour cream may seem a bit out of place, it’s actually a great ingredient to use for baking to keep things moist. We even have a pound cake recipe that uses sour cream for this exact reason, so looks like Dan knows exactly what he’s doing in the kitchen.

He encouraged others to try out his little cooking hack, too. “If you’re at home sitting on some pancake or waffle mix, just add some sour cream to that shit.”

Dan ended his Instagram lesson of the day by making sure people were counteracting any of their indulgent eats with healthy foods too, so to feel as good as possible. “Take care of yourselves. I’m not just spiraling out eating waffles everyday,” he assured his followers. “This is a treat…be safe, be healthy!”