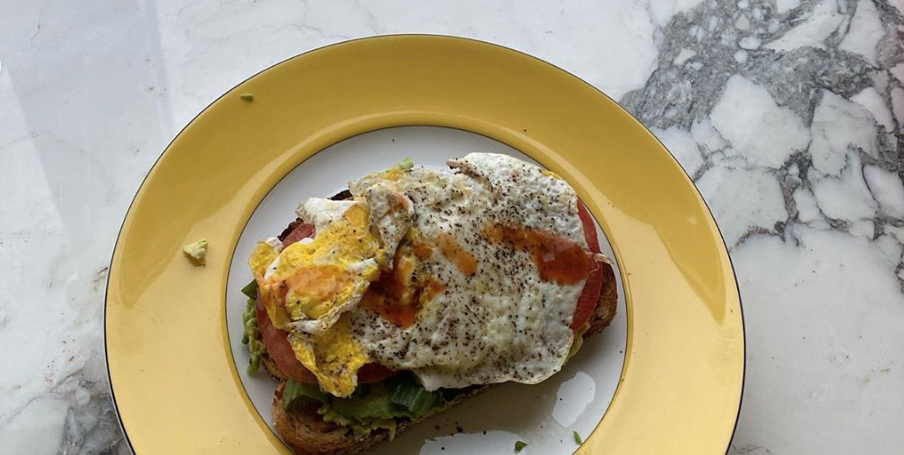 Gayle King has found herself suddenly at home like the rest of us humans. Part of that means navigating the kitchen, and Oprah’s best friend is very open about the fact that she’s a mere mortal when it comes to at least one thing: cooking.

“It’s no secret I can’t cook,” Gayle wrote earlier in the week on Instagram, “but you know it’s bad when friends send you a how-to-video. Notice how she says ‘spoon’ like she’s talking to a toddler.”

Gayle’s friend Nina sent her a how-to video teaching her the best way to peel and pit an avocado. On the eve in question, Gayle made herself a PBJ for dinner. On Sunday morning, the news anchor attempted to put her friend’s lesson to good use by making avocado toast.

Right from the start, something went very wrong. And Gayle’s struggle was SO relatable, especially to a klutz like me.

“Oh, snap. Apparently, eggs roll when you put them on the counter,” Gayle said in a confessional video. “I just put the egg there. Not at the edge. Went to get something out of the refrigerator. I turned around. Egg is on the floor. Is everyone aware of this? Cooking, so much fun!”

In the caption of her post, Gayle revealed she shared her struggle in the hope that others would learn from her mistake. And she wondered if things would have gone better had she taken another famous friends not named Oprah up on her offer for a cooking class.

“Rachel Ray had offered cooking lesson. I declined. Didn’t want to impose,” Gayle wrote. “There are far more important things in the world. Maybe I should reconsider.”

Gayle’s post ultimately taught all of us also at home a lot about the power of social media, the kindness of strangers, and how we can all help each other in this uncertain time.

Willow from Massachusetts recorded an avocado toast tutorial and sent it to Gayle. And the final result of Chef Gayle’s efforts was a slice worthy of its own magazine cover. Gayle really is divine, y’all!

If you’re looking for ways to improve your avocado toast game at home, be sure to check out this handy-dandy avocado toast cheat sheet.