Martha Stewart Shared A Photo While Working From Home 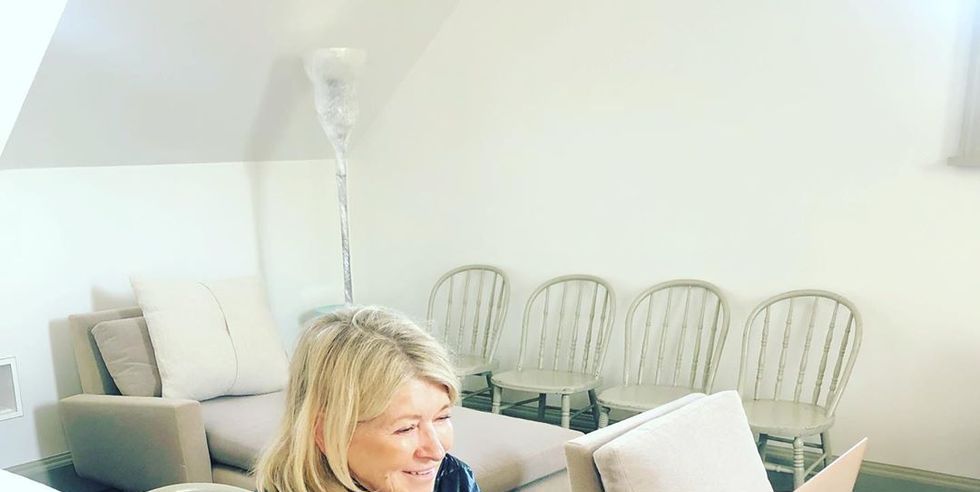 Many people across the U.S. are now working from home and that can require some creative solutions as to where, exactly, you’re supposed to get work done. Kitchen counters are turning into desks, sofas are becoming “offices,” and bedrooms are doubling as workspaces. It can be a little…tricky. And apparently Martha Stewart is right there with the rest of us.

Martha just shared photos on Instagram of her new “home office,” and it looks like she’s still figuring things out too. “The new portable exclusive private office !!” she wrote alongside a photo of herself working in what appears to be a bedroom converted into an office. She explained:

One can work anywhere and converse with large groups of people visually and telephonically using the zoom app!! I just watched the cable wars about Edison and Westinghouse and Tesla Wouldn’t those guys be amazed at today’s mode of communicating?? I was meeting with my fabulous partner @Californiaclosets to discuss a new installation using the new @everydaycloset line.

In the pics, there’s a table in front of the (super uncomfortable-looking) chair Martha is sitting in, but she’s not using it. Instead, she’s holding up her laptop with one hand while she talks to someone. It looks less than ideal, and people definitely pointed that out in the comments.

“Somebody get this woman a stand!! Her poor arm,” one person wrote. “First of all, is she okay? This looks like a hospital room,” someone else said. “I don’t know what’s going on here but I love it,” another person wrote.

Plenty of people hated on her set-up, but Martha’s clearly been busy doing other Martha Stewart-like things, like baking delicious-looking bread and sharing tips on how to steam eggs.