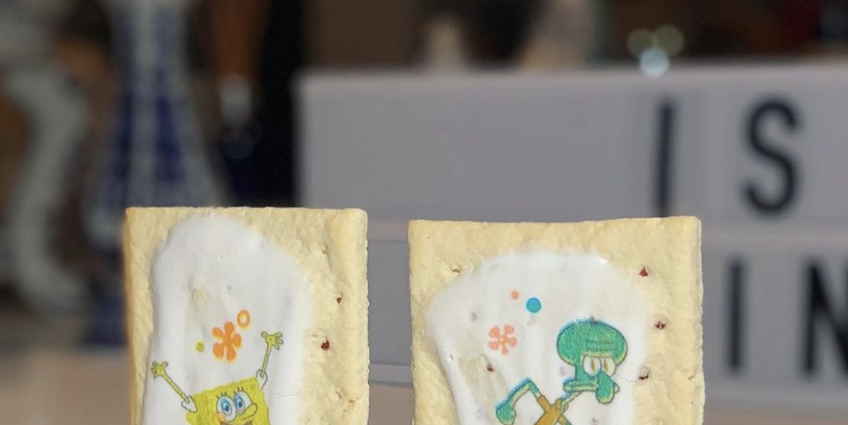 Sure, the world may very well be in shambles, but there are plenty of things to be excited about right now. Delivery companies are enacting sweeping measures during the COVID-19 outbreak to help out their brave employees, some of your favorite TV shows have proven to be very soothing during this time of heightened anxiety, and Arnold Schwarzenegger is self-quarantining with a donkey named Whiskey. See? Plenty of nice things!

Instagrammer @i_need_a_snack_ reported on the new products and noted they are a really fun “sea berry” flavor. For those unfamiliar with what sea berry might taste like, the account describes it as “a raspberry filling! Yum!” She notes there is a bit of sourness to the flavor, but that it’s really very subtle. (TY for the clarification, @i_need_a_snack_, as it did cross my mind we were maybe dealing with an algae Pop-Tart here!)

Other things to know about the Pop-Tarts: Firstly, they are pegged to the release of The SpongeBob Movie: Sponge on the Run, which, as of now, is set to premiere in May. Secondly, they may very well be the most committed-to-a-theme Pop-Tarts of all time! Each individual pastry has one of your favorite characters on it, whether it be SpongeBob, Patrick, Squidward, or Sandy. Some of them also have little SpongeBob motifs, like a Krabby Patty or an acorn.

These haven’t quite made it to Pop-Tarts’ site yet, nor do they seem to be available at any big box retailers at the moment. Keep your eyes peeled, your pages refreshed, and your cheeks sandy, I guess.