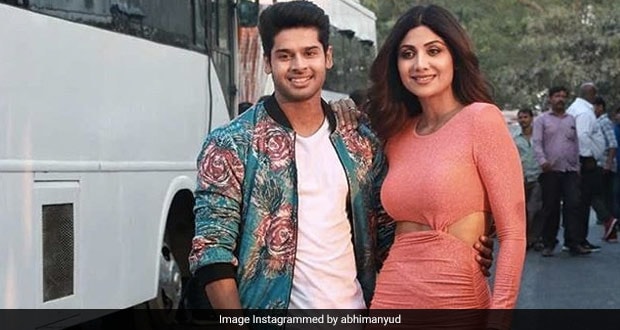 Shilpa Shetty would be next seen with Abhimanyu Dassani in ‘Nikamma’.

One of the fittest actors from the industry and an inspiration for fans across the world, Shilpa is also a self-confessed foodie who loves to gorge on all things decadent. She recently revealed in an Instagram post that she has turned vegetarian completely and how it is a good decision, both for health and environment. And while her YouTube cookery channel, where she posts exciting recipes is filled with many non-vegetarian dishes, she said she wouldn’t delete them but going forward she would focus on more vegetarian recipes.

If you follow her on social media, you would know that Shilpa often posts pictures of her decadent meals on social media. More often than not, they are super healthy and wholesome but Shilpa also loves to let go and indulge in all sorts of spicy street food, chaats and even sweet treats! Recently, she took to Instagram to share her meal of homemade pav bhaji by her co-star Abhimanyu Dassani. Mumbai is famous for its street food such as vada pav and pav bhaji and with the monsoon season at its peak in the state, there can’t be a better time to gorge on such delights! And seems like Abhimanyu Dassani managed to impress the ‘binge queen’ as she wrote, “Thank you for the homemade #pavbhaji by @abhimanyud. Hmm not so #nikamma after all.. Yumm!” 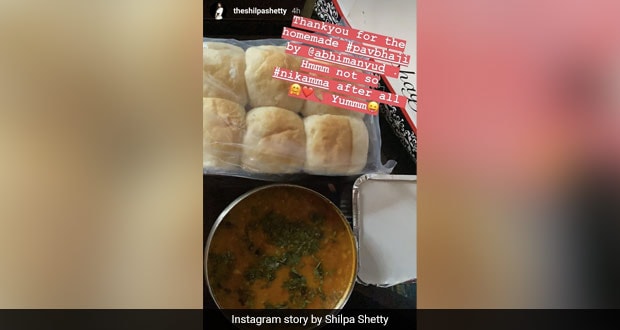 The pav bhaji, topped with loads of coriander, sure looks like a mouth-watering treat. Shilpa’s reference to ‘Nikamma’ is with regards to her upcoming movie by the same name where she stars along with Abhimanyu Dassani and Shirley Setia.