Want To Chop Onions Quickly Without Tears? This TikTok User Has The Perfect Hack 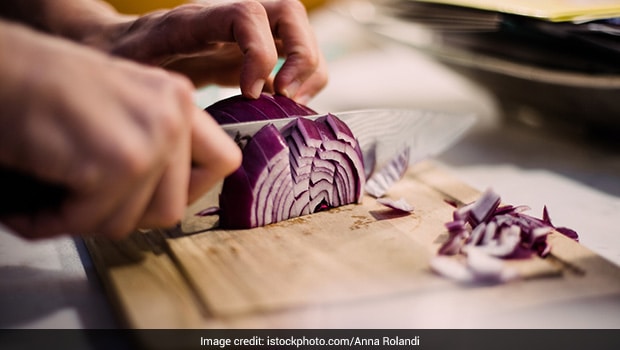 Onions are integral to Indian cooking, as they are used in multiple preparations from the simplest of appetisers to the most complex of gravies and curries. They may be used whole in some recipes, but when they are required to be cut, it can be quite a daunting task. People end up in tears in the process of chopping or dicing onions. Further, the nature of the vegetable is such that it requires precision and a lot of care. All this can take up a lot of valuable cooking preparation time.

Jaycee Baso, a home-chef based in Sydney, Australia came up with an interesting hack to chop onions quickly and with minimal effort. She shared the video on the popular app, and the video soon struck a chord with many thousands of home-chefs across the globe. Take a look at the viral video:

The technique that Jaycee used in the video was not just quick, but also quite efficient in terms of using up the maximum portion of the onion. It was only a matter of seconds before she chopped the entire onion into small pieces making it ideal for cooking. The pieces too were evenly sized and maximum of the onion was used up with very little waste generated in the entire process.

(Also Read: 6 Surprising Ways to Use Onions Other Than Cooking With Them!)

The hack involved cutting off the root’s top and then slicing the onion from stem to root, keeping the inner portion of the root intact. The onion was then peeled and its skin removed, followed by cutting it into half. Jaycee then took one half of the onion and kept it face down on the chopping board. She then proceeded to slice it across horizontally once from a centimetre above the base, and then made vertical incisions from the top without going down all the way. The onion was then chopped horizontally to give perfectly diced, sliced onions within seconds.

What do you think of this interesting hack? Tell us in the comments below!