Watch: 10 Iconic Restaurants in New York You Must Visit 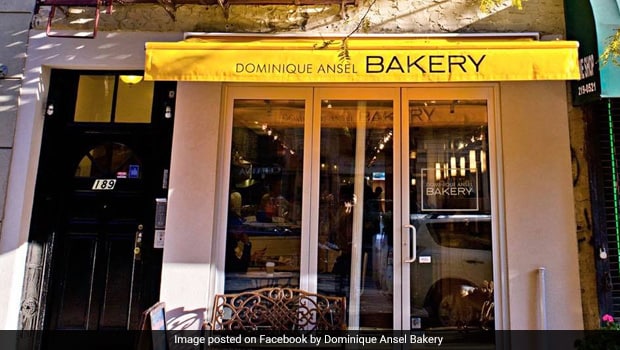 New York has always been known to be a popular spot for the travellers. Food and travel go hand in hand. When you travel somewhere, try the food there. It not only gives you the knowledge about a particular cuisine, but also says a lot about the place, it people and culture. New York, on that note, is known for its foods like hot dogs, French fries, milk shakes and more. Here is a list of restaurants which you must visit in your trip to New York.

Check Out The List Of 10 Iconic Restaurants in New York:

1. Katz’s Delicatessen- It has been a New York Institution for around 130 years. It is not only stated to be one of the oldest Jewish delis, but the only one of such kind which is still operating.

2. Ray’s Candy Store– This 24-hour joint is touted to be one of the hotspots for anything junk- from fries to ice-creams to milkshakes. It has been there for decades.

3. Dominique Ansel Bakery- This eatery is known for its ‘Cronuts’, which is a hybrid of donut and croissant. It is stated to be one of New York City’s legendary desserts. It was made by world renowned pastry chef Dominique Ansel in 2013.

4. Mamoun’s Falafel- In the present time, there are several falafel sandwich carts in New York, but Mamoun’s Falafel is considered to be the oldest falafel restaurant in the city. Since 1971, it has been a staple for Middle-Eastern food in the city, especially for falafel and pita sandwiches.

5. Keens Steakhouse- This place is considered to be one of the city’s oldest steakhouses and is known best for its most famous dish- the mutton chop. It was established in 1885. It is said that that this century-old restaurant has served the likes of Teddy Roosevelt, Albert Einstein and George Herman “Babe” Ruth.

6. Papaya King- New York is known for its street-foods and hotdogs are one of the most popular ones. Papaya King is said to be the first to bring tropical juice and frankfurter combo to Manhattan. It was established in 1932.

7. Sylvia’s- It is touted to be New Yorkers’ favourite spot for some of the best fried chickens andwaffles around.

8. Peter Luger- This steak house was established in 1887. This is stated to be the spot for quintessential steak experience in New York.

9. Lucali- This restaurant was opened in 2006. It is said that since then, the pizza fans from all over the world, including several celebrities, flocks to this restaurant for the treat.

10. Nathan’s Famous- It is an icon in both New York and around the world. Established in 1916, Nathan’s is said to serve New York’s most legendary hot dogs.

So, get set and prepare the check-list for your New York trip!