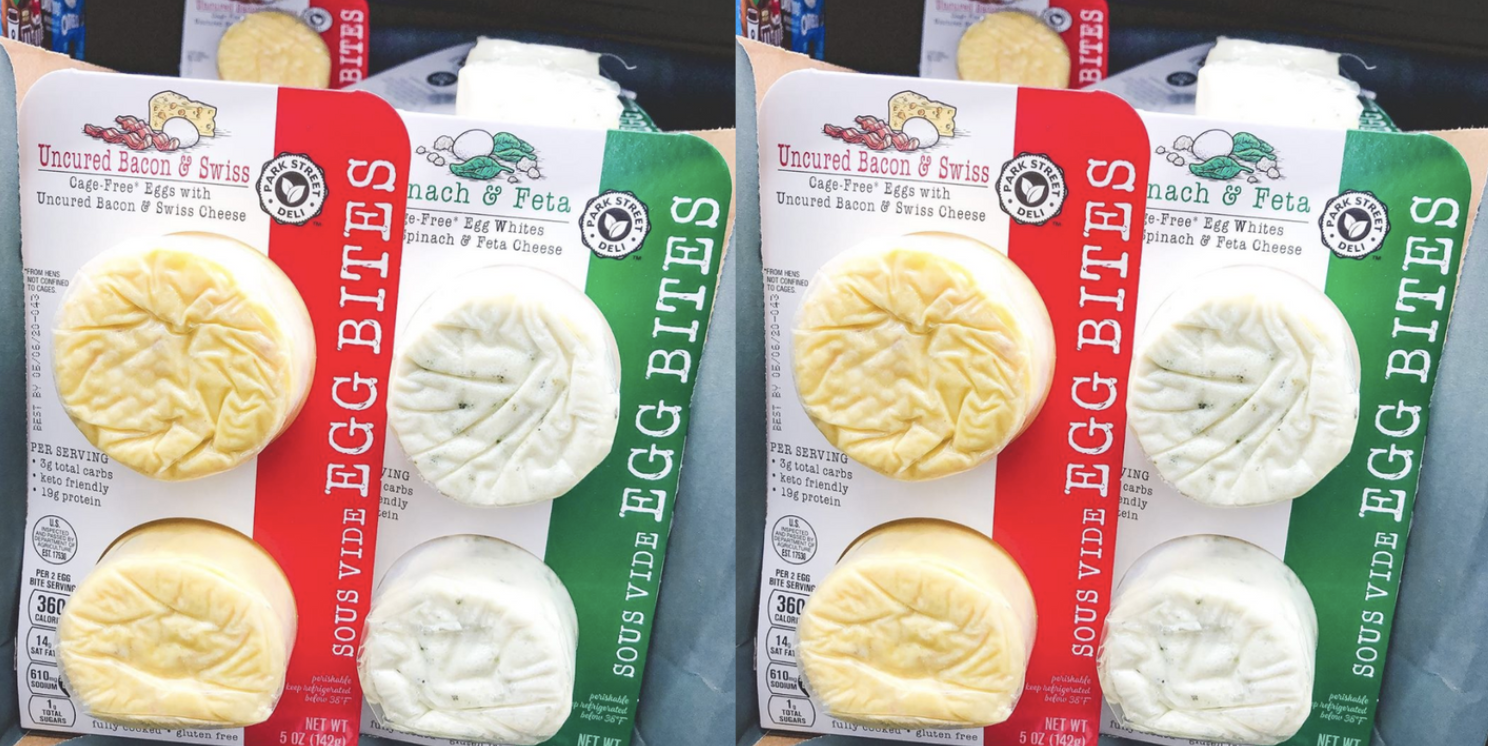 We’re all so obsessed with the Starbucks sous-vide egg bites that when Aldi released copy cat egg bites they were sold out insanely fast. The good news is, they’re finally being spotted in stores again so making breakfast takes virtually no prep time.

Aldi egg bites come in both bacon and Swiss or spinach and feta varieties, and a pack of two goes for under $5. They can be cooked easily on a pan, the microwave, in a toaster oven, or even in an air fryer. People clearly love these things, as the low stock ever since they started being sold proves, so if you see them on the shelves make sure you pick up a pack…or five.

A Starbucks trip in the morning can really start your day off on a good note, but if you do it too often, you might be spending a little bit more than intended without even realizing it. Thankfully, Aldi is coming in clutch for us with a perfect—and cheaper!—imitation of the Starbucks sous-vide egg bites.

Starbucks egg bites come in a variety of flavors: bacon and gruyère, egg whites with red peppers, and ham with cheddar and peppers. “Sous-vide” refers to the way that the egg bites are cooked, and Bon Appétit says it’s as simple as putting food in an airtight container before cooking it at a controlled water temperature.

At Starbucks, you can get two egg bites for around $4.45. Now, you can buy pretty much the same thing for just $2.79 at Aldi, according to a post on the Aldi Nerd Facebook page, The Kitchn noted.

At Aldi, the egg bites come in bacon and Swiss or spinach and feta combinations. The original poster of the Aldi find added a photo of the packaged spinach flavor and the cooked bacon bites on a plate. They look exactly like the Starbucks versions and are just around half the price. She also added that the bites are packages separately, so they are easy to store if you’d prefer to eat one at a time.

The package says the egg bites can be made in a toaster oven or the microwave—and I’d assume they could be thrown into an air fryer as well for optimal convenience! Breakfast just got way easier and cheaper.