Gordon Ramsay Has Been Dancing On TiKTok 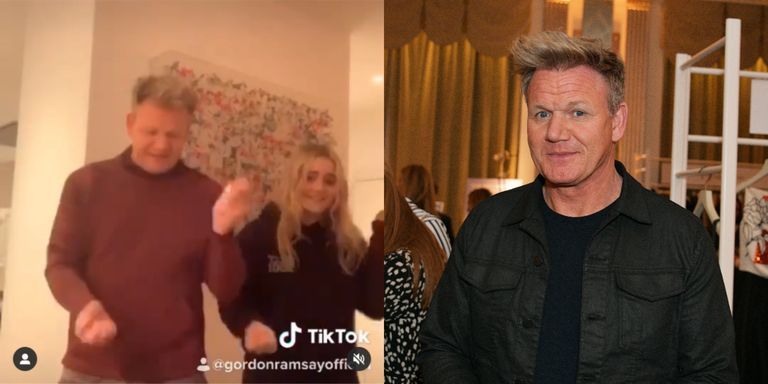 Gordon Ramsay is always keeping us guessing. Whether it’s surprise judging a cooking competition or stunning fans everywhere by revealing he’s actually super ripped, it’s hard to know what the world-famous chef will do next. So that’s why it probably shouldn’t stun us that he’s been moonlighting lately as a TikTok star, and actually doing a pretty good job of it, too.

Gordon has been posting TikToks on his own page, as well as appearing in videos on his daughter Tilly Ramsay’s page, and it’s their latest video that is garnering the most attention. The pair took on a dance to the viral song Cheryl by Yung Gravy. The lyrics reference a lot of food, so obviously Gordon and Tilly crushed it.

Fans couldn’t get enough of Tilly’s and Gordon’s dancing video, which ended with the father and daughter giving each other a high five.

“Who needs the lamb sauce when Chef Ramsay is hitting the whoa?” The Hell’s Kitchen Instagram account wondered. “Hahahahah this is why you’re the coolest chef/dad,” a fan said. “He lowkey hit that ahahah prob bc of being hella coordinated in the kitch,” another posited.

With this new development, I’m currently taking submissions for things Gordon ISN’T good at. It seems like there are none.