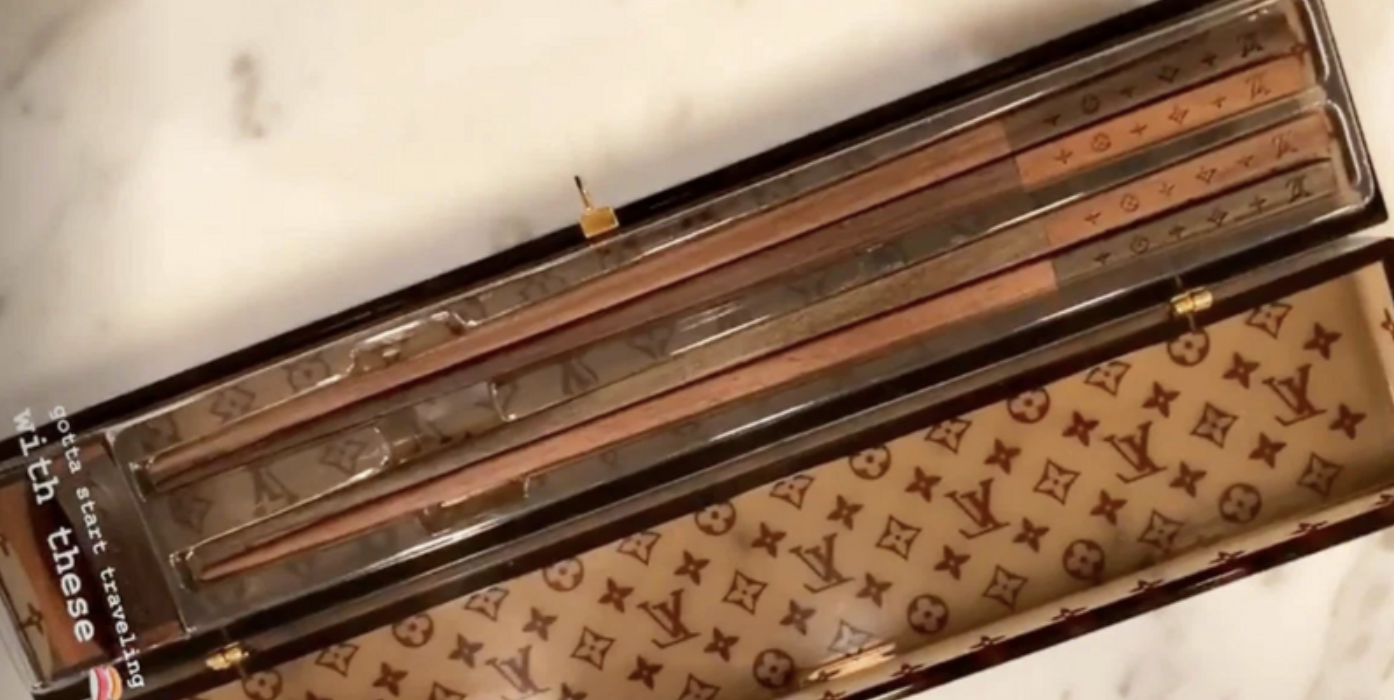 Kylie Jenner is extravagant. We know this. I mean, have you seen the parties she throws for Stormi? It really should be no surprise to find out she has a pair of Louis Vuitton chopsticks…and yet, it still kind of is?

Kylie is currently spending her days at home like the rest of us but is daydreaming about future travels. On her Instagram stories this past weekend, she shared a photo of her designer chopsticks with the caption “Gotta start traveling with these.”

The makeup mogul has said she’s a huge fan of sushi, and so is two-year-old Stormi. Kylie said last May that her and Stormi frequent the popular sushi joint Nobu. “I’ll take her to Nobu…I don’t feed her anything raw, but she just loves edamame. They’ll bring the whole thing of edamame. She will not stop until it’s gone.” So it looks like these chopsticks would definitely come in handy.

The Louis Vuitton box actually comes with two pairs of chopsticks, so I’m sure when Stormi develops those fine motor skills she’ll be using the second pair. Each chopstick is decorated with the LV monogram and design characteristic of all things Louis and they come with chopstick rests as well.

If you want to get these extra-as-hell chopsticks for yourself, it might be a bit of a challenge. The designer utensils are no longer available on Louis Vuitton’s website, but a few people are reselling them on eBay for around $400: a steep price to pay for some chopsticks, but a priceless treasure for anyone who wants to dine like Kylie.