Take a look at the diva’s immunity boosting concoction.

Monsoons are slowly beginning to swing into action with many parts of the country starting to receive heavy rainfall. The risk of seasonal infections is at its peak and maintaining good immunity is vital in these testing times. There are several immunity-boosting powders, drinks and concoctions being marketed these days. All of them may or may not be effective in boosting immunity – it is best to rely on home remedies and age-old practices handed down, tried and tested across generations.

Malaika Arora is also one such fitness enthusiast who has always sworn by her stringent yoga regime. She recently took to Instagram to share her easy homemade immunity tonic that can be a great way to keep the immune system healthy.

“This is a true blue make in India home remedy. Age old traditional tried and tested homemade immunity booster,” wrote Malaika Arora in the caption. Sharing the intriguing recipe for the drink, she advised, “With all the immunity booster clutter suddenly available in the in the name of Covid 19, stick to this home made, quick and organic recipe for best results.”

The recipe for the immunity tonic involved just five ingredients and a simple process. Firstly, Malaika Arora chopped up a whole Amla, also known as Indian gooseberry. She added a dash of ginger for an additional boost in the recipe, and also used fresh, raw haldi instead of the dry powdered one. A few kernels of peppercorn and a tiny portion of Apple Cider vinegar was added to the mix which was then whirred in the blender. The thick, yellow preparation was then strained into a glass with the help of a sieve and then consumed raw as an immunity ‘shot’ as Malaika Arora called it.

(Also Read: Malaika Arora Is Drinking This Probiotic Drink; 3 Reasons Why You Should Too) 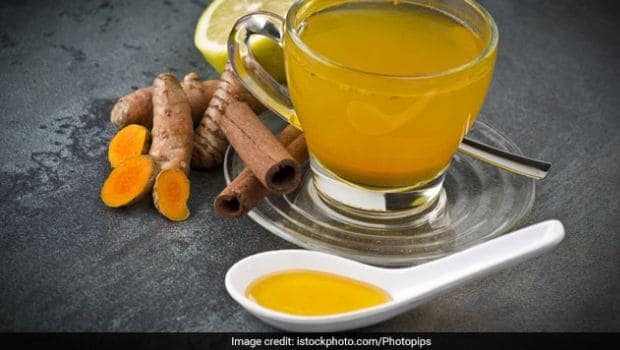 Drink up the concoction to up your immunity.

Turmeric and ginger are two ingredients already known for their great antioxidant and immunity-boosting properties. The usage of raw haldi further adds an additional boost to the concoction. Amla or Indian gooseberry is also a great source of Vitamin C, thereby aiding the fight against immunity. Apple Cider Vinegar is a probiotic ingredient which helps maintain a healthy gut since it contains good gut bacteria.

So, what are you waiting for? Try this wonderfully easy immunity tonic recipe shared by Malaika Arora and see the results for yourself!

Home For The Holidays