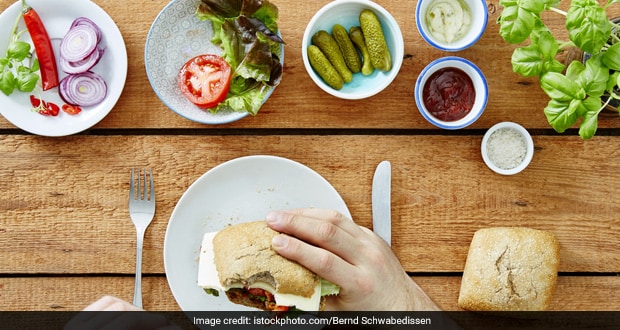 How burgers are eaten became the subject of discussion on a viral Reddit thread.

Would you rather eat your burger in one go or devour it layer-by-layer? This was exactly the subject of discussion on a Reddit thread that went viral. A Reddit user shared a picture of his brother eating the top layer of the burger with the remaining burger still untouched. He had the first layer of the bun first rather than how it is usually eaten, that is, in a bite with all the layers together. This viral picture became the subject of much discussion on the website. Take a look:

The thread got more than two thousand comments on the platform, with users disgusted and surprised in equal measure. The comment that got the most points one was quite interesting and hilarious, as a user said, “Your brother doesn’t realise that the burger is settling upside down in the stomach. Ask him to eat the bottom layer first.” “He’s too dangerous to be kept alive!” read a hilarious response by another user. A Reddit user saw the bright side of things as he commented, “Still not as bad as people who peel the skin off chicken nuggets.”

A few other users revealed that their siblings who were autistic used to eat their food this way. “My son is autistic and I honestly wouldn’t care if he ate everything like this as long as he ate more types of food. It’s a silly thing for people to get worked up about,” said the user. A few others shared anecdotes about their near and dear ones eating chocolate ice creams with the chocolate first, or licking clean Oreos cream before eating the outer biscuit, or even eating sandwiches with the mayo first.

Would you eat your food like this? Tell us in the comments below!