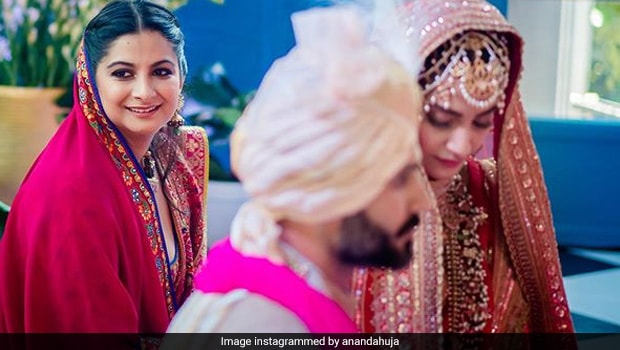 Sonam Kapoor’s sister and entrepreneur Rhea Kapoor is celebrating her 33rd birthday on 5th March, 2020. The fashionista co-produced Veere Di Wedding in 2018 besides starting an apparel brand Rheson (an amalgamation of Rhea and Sonam’s names) with sister-actor Sonam Kapoor. Rhea is popular among her family and friends for being a boss lady and the one who manages it all, which is clear from all the birthday wishes that have poured in. From Anil Kapoor’s heartfelt Instagram post for his daughter which said, “As time goes by, it’s becoming increasingly clear that you’re the boss of all bosses!” to brother-in-law Anand Ahuja’s wish that declared, “She’s the most giving person I know,” seems like Rhea Kapoor is admired by all the near and dear ones around her.

Rhea Kapoor had an early birthday celebration with her close friends and family including designer Masaba Gupta, celebrity baker Pooja Dhingra and close friend Karan Boolani. What caught our attention at the celebration was a huge Sindhi dinner spread that was laid out in honour of Sonam Kapoor who is currently in London and couldn’t be with her sister on her special day. Rhea Kapoor posted a video on her Instagram stories with innumerable Sindhi dishes on the table. From Sindhi kadhi to baingan masala and bhein (lotus stem) masala to pulao, the spread looked nothing short of spectacular! She wrote, ‘Happy (almost) birthday to me. Missing Sonam Kapoor too much so Sindhi food in her honour’. Seems like Sonam is fond of Sindhi cuisine! Take a look: 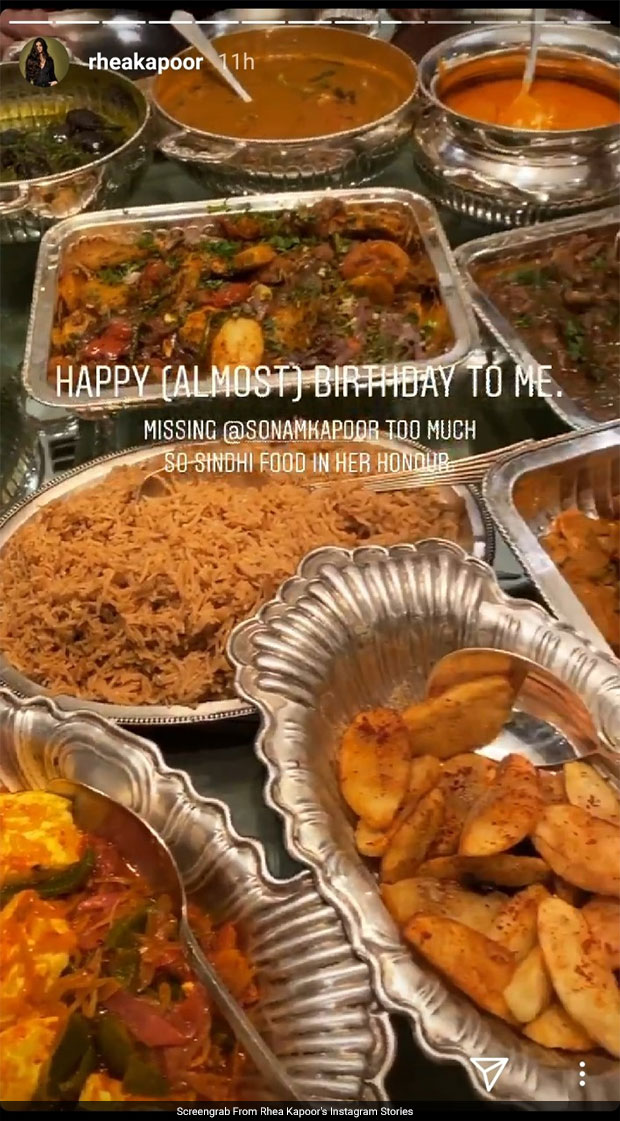 Pooja Dhingra also posted a picture of the massive spread that included up to 10 delectable looking dishes and make us want to crash this party. 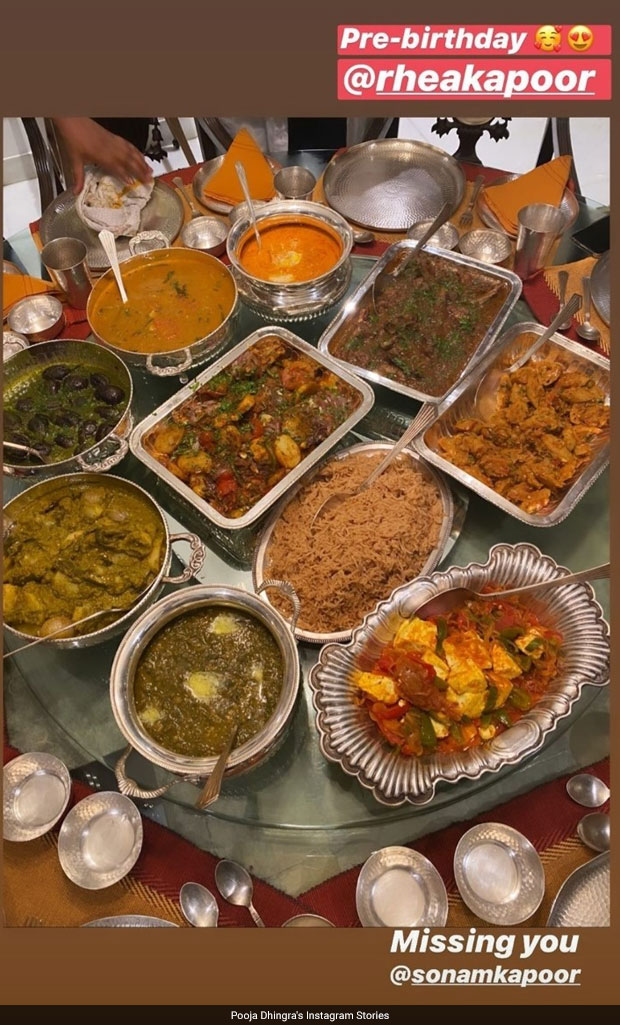 Here’s wishing Rhea Kapoor a very happy birthday, and we hope she keeps giving us fashion and food goals always.